Could You Get By Without a Fridge?

Could you get by without a refrigerator? Put simply, probably not for long - especially considering the fact that not only do 99.8 percent of American households have fridges today, but 23 percent of households have two refrigerators or more. Plus did you know that the average person opens their fridge 15-20 times a day? That's over 6,000 times a year! 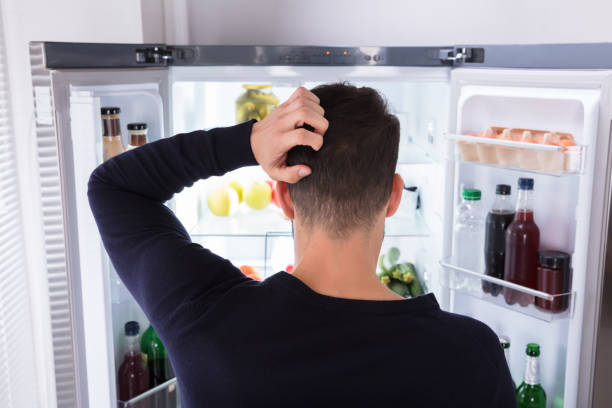 Indeed, refrigeration has grown to become the most essential food storage technique in the developed world. As key features of any kitchen, refrigerators form an integral part of the home appliances market.

So where did the refrigerator begin? Let's take a look at some of the key events in its history.

While actual refrigerators weren't fully developed until approx 1920, the concept of refrigeration goes as far back as the 5th Century BC in the form of ice houses - which were used all year round to store ice cut from nearby lakes and rivers. The Hebrew, Greek and Roman people were also known to use snow placed in storage pits, and Egyptian people placed jars out overnight to cool.

An ice box - created in 1802 by an American businessman called Thomas Moore - was smaller and less efficient than today's refrigerators but is widely regarded as the ancestor of the modern refrigerator. Its purpose was to cool dairy products for transport. Moore then went on to patent the term ‘refrigerator' in 1803. 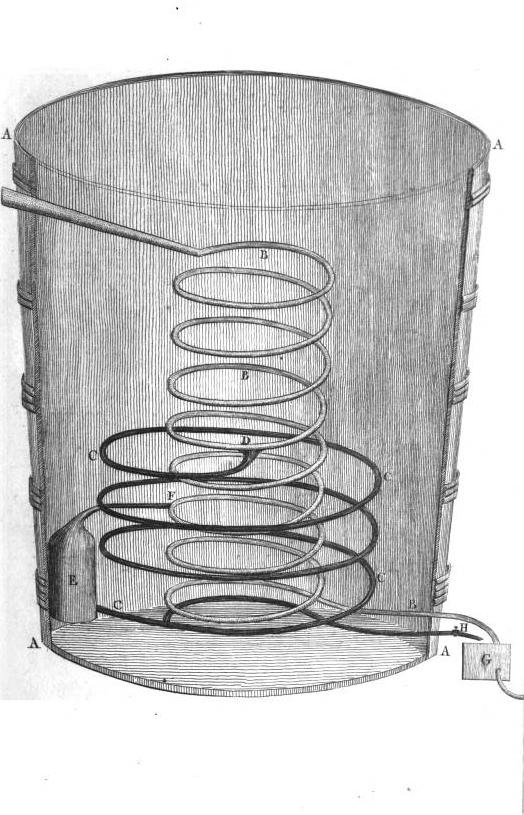 By the mid-1800s, households were ordering blocks of ice for their carpenter-built ice boxes in order to keep their food cool. These boxes were insulated wooden boxes, lined with tin or zinc and a drip pan collected the melt water - which had to be emptied daily. The ice blocks would last about a week before needing to be replaced.

The first electric refrigerator for domestic use was invented in 1913 by American Fred W. Wolf. and was called the Domelre, or the DOMestic ELectric REfrigerator. 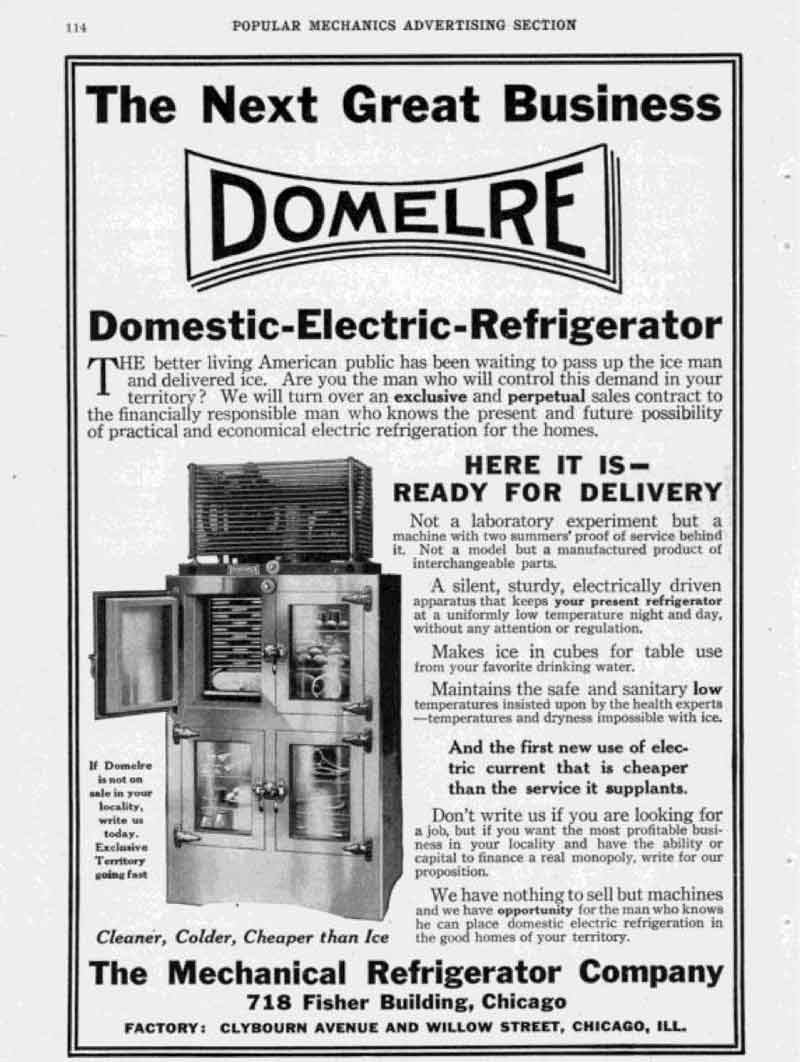 By the 1920s, refrigerators were considered essential appliances in homes, according to History magazine, and more than 90 percent of American homes had a refrigerator.

In the UK, refrigerators only started to become affordable for most households in the 1950s, although only 13% of homes had a refrigerator by 1959. Larders - which were cool, tardis-like rooms, similar to pantries - were still being widely used to keep food cool, so this is not very surprising. Yet, by 1970 the use of refrigerators was up to 58%. And today 97% of all homes have a refrigerator, and most shops, offices, hospitals use refrigerators and freezers. Funnily enough, the larder/pantry is becoming popular again.

So why do people choose to live without a fridge?

If you're like most people in the United States and Europe, the refrigerator is part of your daily life. You store your leftovers, dairy products, fruits and vegetables to keep them safe to eat and help them last longer. But there is a growing trend to go fridge-less. In particular, for some people who choose to give up the fridge, the greenhouse gas emissions related to running the appliance outweigh the benefits of refrigeration. To most people living in the developed world, though, going without a refrigerator seems like a nearly impossible thing to do. Is it easier than we think? Here are some of the ways people are managing to live fridge-free:

Few people who have unplugged their refrigerators actually go without any cooling at all. Most of them use a cooler, a small freezer or both. Some have a system of freezing bottles of water in a mini-freezer and then using those bottles to keep a larger cooler cold. That way, they can still store things like meat and milk at home. There are also 5 gallon buckets (like the ones at Canadian Tire or Home Depot) that can easily be turned into coolers by placing them into a big hole in the yard and covered with a lid.

A zeer or pot-in-pot refrigerator consisting of one smaller clay or terracotta pot inside a larger pot and separated by a barrier of wet sand has been used in Egypt and North Africa for centuries. This could also work nowadays. 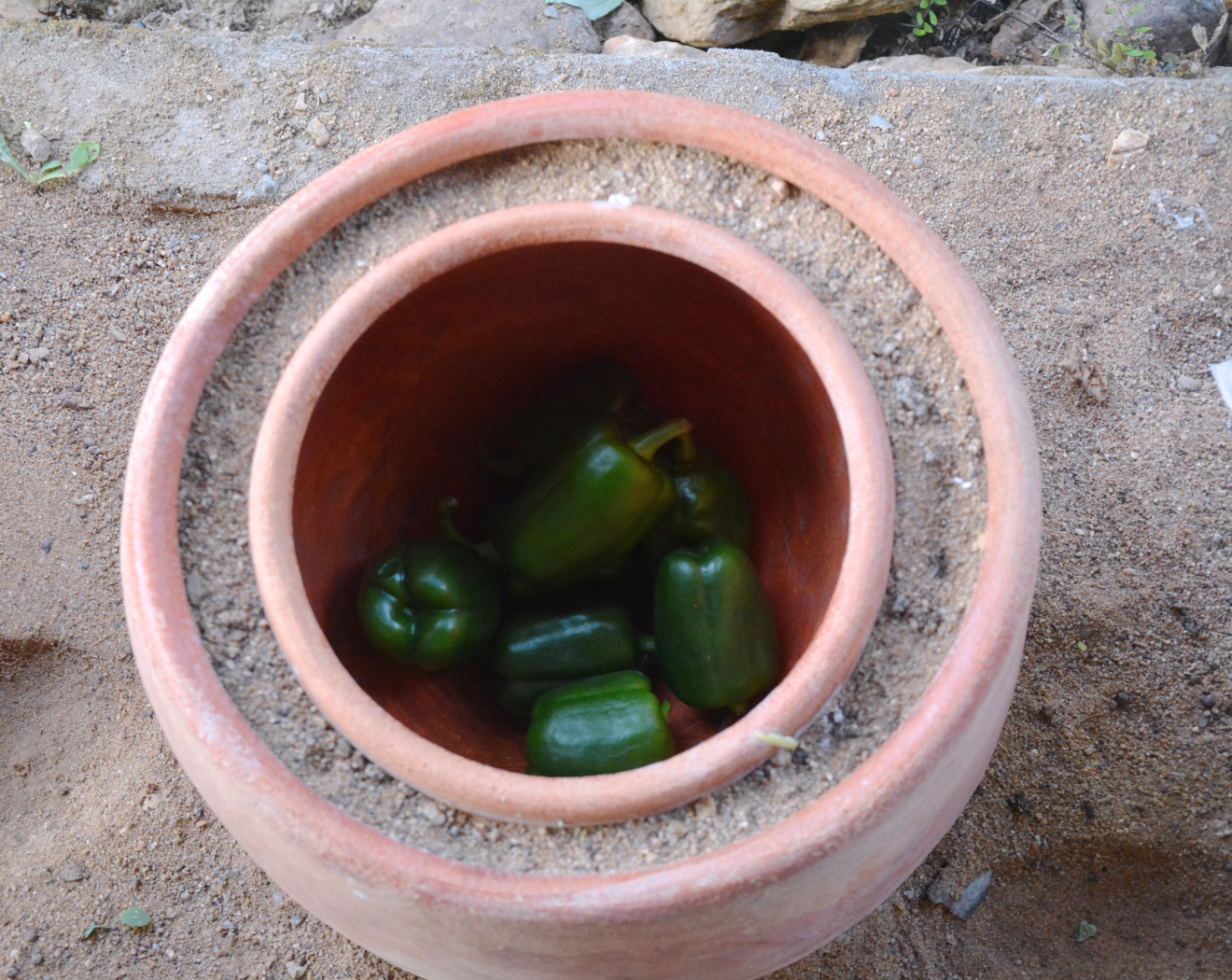 Some people construct root cellars - which are traditionally constructed underground, or partially underground and were invented mainly to store root crops through the winter. Yet these are great to store a wide variety of produce in the cooler temperatures underground. Basements are also a good option.

Others find a good ice source and just live with a cooler at home, with no electric cooling source at all. And if someone lives in a cold climate, storing items like yogurt or cottage cheese outside on a cold day is a great option!

No matter what the cooling source, people without a refrigerator have to change the way they buy food at the store. In other words, no more trips to the Costco meat department. Buying chicken for dinner means buying exactly how much chicken you can eat, because you don't want to have to store leftovers. Same goes for other perishables: Instead of a 3-pound (1.3-kilogram) bag of apples, you have to limit yourself to just a few; gallons of milk may have to be replaced with quarts due to space limitations in the cooler.

Yet there could be a potential downside to going fridge-less. Buying smaller amounts can mean spending more money if you're not careful. Throwing away food that's gone bad can cost you money, too (and is bad for the environment). 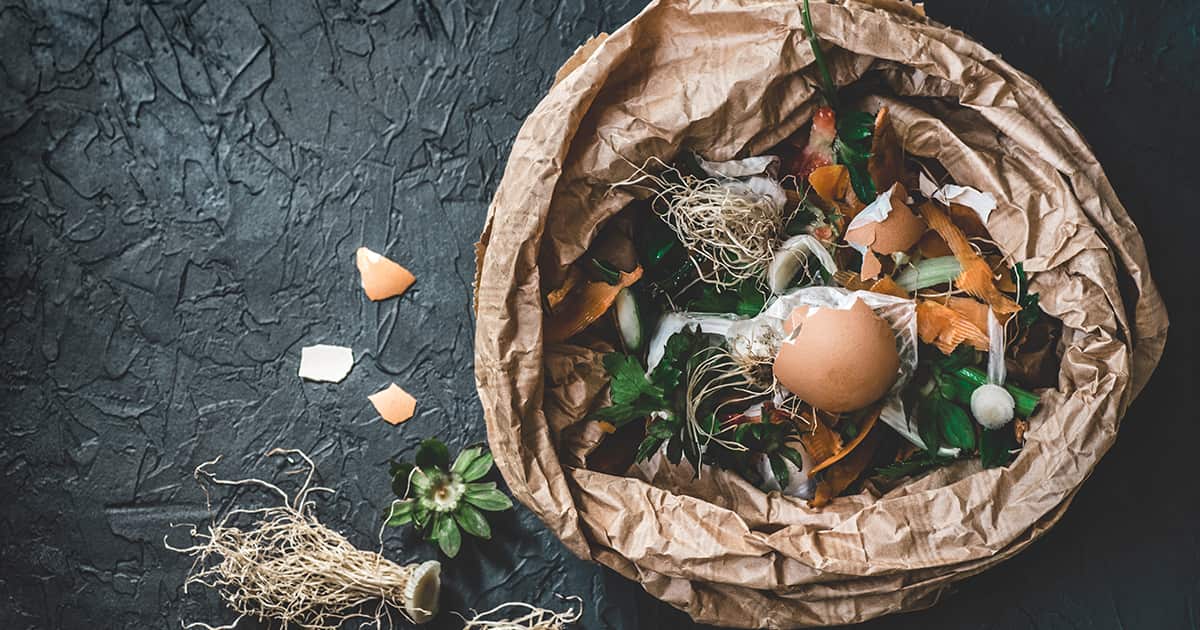 So, what can you do if you want to reduce your refrigeration footprint, without giving up the fridge? You could consider replacing an old unit with a new, high-efficiency Energy Star rated appliance. As well as this, you can also use better refrigerator habits (which won't cost you nearly as much): 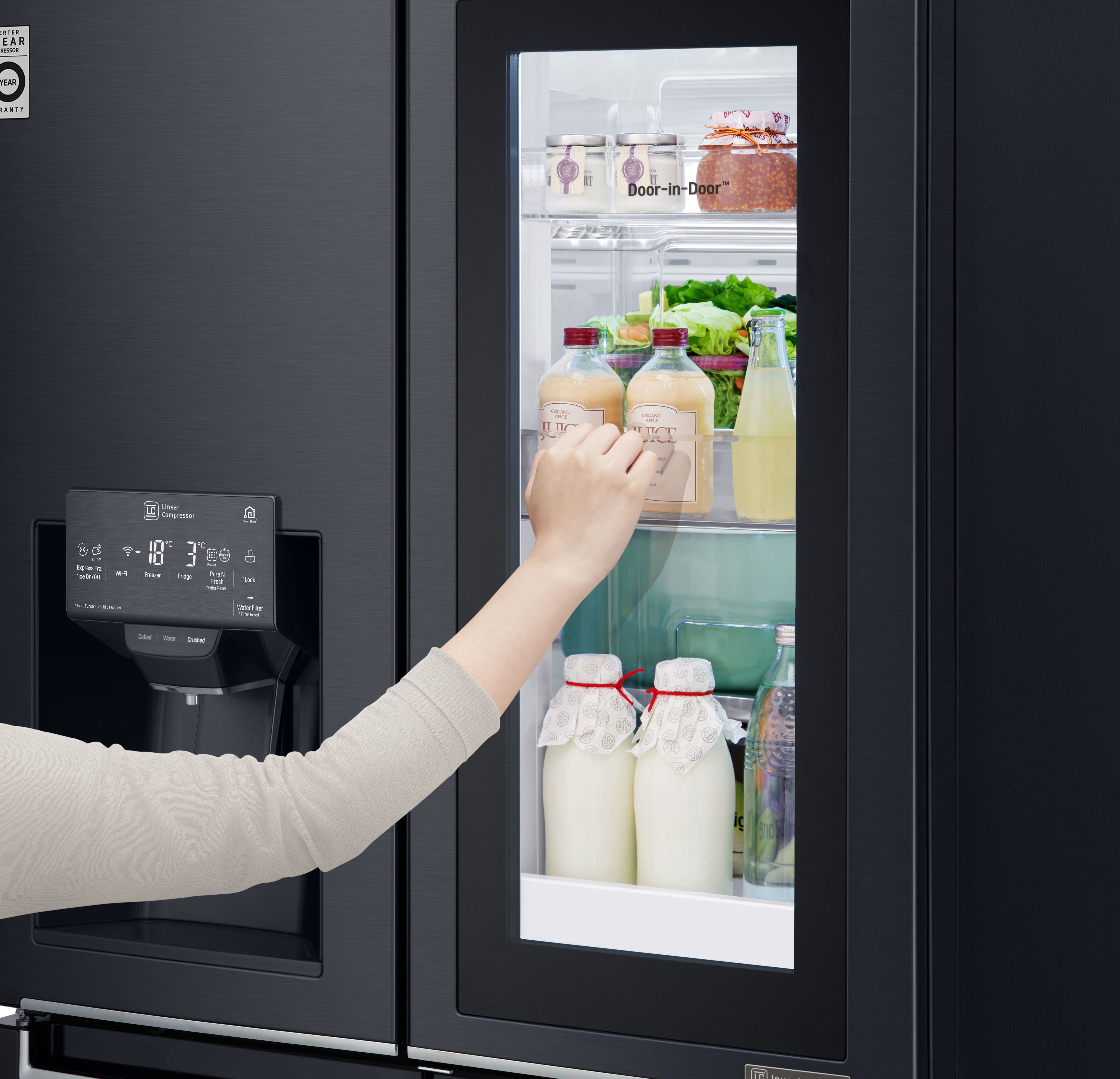 Indeed, there are many foods that don't actually require - or do well in - a fridge. Below is a list of some of these foods:

Eggs Supermarkets in the U.K. don't refrigerate eggs. It's not unusual to find stacks of egg cartons sitting alongside canned beans, boxes of dry cake mix, or other traditionally nonperishable foods. This is unlike North American stores, where eggs are found in the refrigerated dairy aisle with the butter, cheeses, and milk. So why the differences in storing? The difference is linked to the way that eggs are farmed and processed in the US compared with in the UK and other European nations. 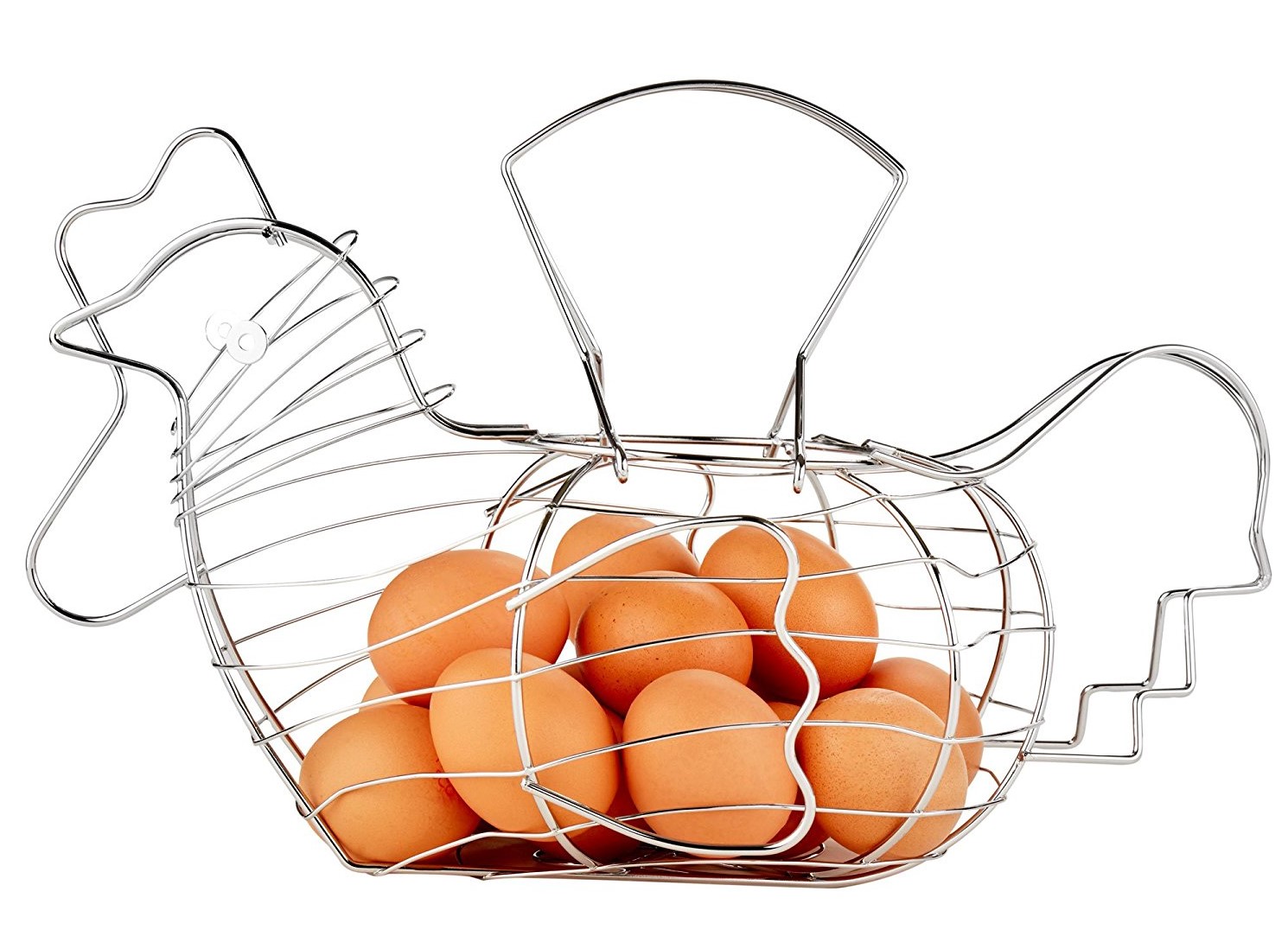 In the US, the Department of Agriculture (USDA) requires that eggs destined for supermarket shelves - called graded eggs - are washed and sprayed with a chemical sanitiser before they are sold to the public to reduce the risk of salmonella infection.

In the UK, Grade A hen eggs may not be washed because the process is thought to "aid the transfer of harmful bacteria like salmonella from the outside to the inside of the egg," according to the Food Safety Authority of Ireland.

So there you have it. If you live in Canada or the U.S. your best bet is to store your supermarket eggs in the fridge.

Butter There's nothing worse than trying to spread rock hard butter. The good news is there's no need. Depending on temperatures, you can store butter on the counter, covered, for a week or so. The best plan is to refrigerate butter and take it out one stick at a time. If the weather is very hot, you may opt for smaller quantities.

Bread While many people refrigerate bread to keep it from going stale, doing so actually dries it out faster and does the opposite. Store it in a dark cupboard or bread box.

Additionally, for great tips on ways to store produce (without a fridge), check this out.

To conclude, giving up your refrigerator is a very personal choice and for many of us busy with balancing work and family life, especially in the midst of the pandemic, this is just not a convenient - or realistic - option. For most of us, the refrigerator is still a kitchen essential now just as it was before. Yet, as we have shown above, there are simple, alternative ways you can contribute to reducing energy and saving electricity - and money in the process- by giving your refrigerator the TLC it deserves and being mindful of the ways in which you use it. 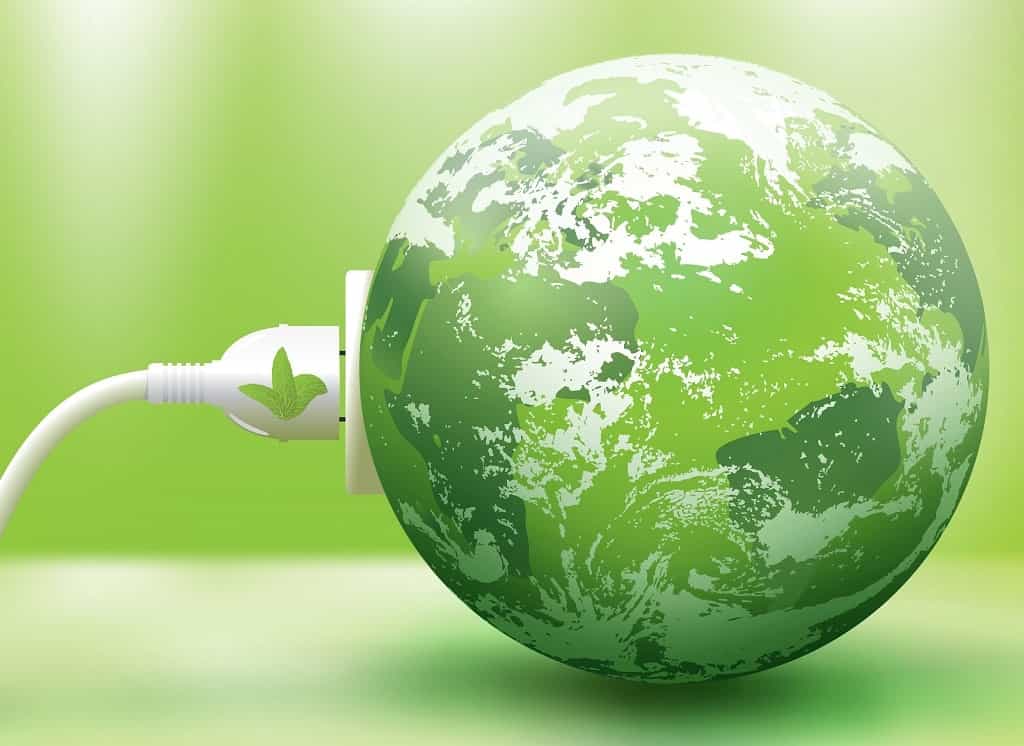 Got questions about your fridge? Serving Burnaby, Coquitlam, and the Lower Mainland, Electrafix is here for all your refrigerator needs - including repairs, sales and installation. Call our appliance experts today.