Will the Trash Compactor Make a Comeback?

Garbage is a big part of our lives, there is no doubt. Especially if you consider that Canada produced 1.33 billion metric tonnes of waste, or 36.1 tonnes per person in 2017. And the United States wasn’t far behind with an estimated annual waste per capita of 25.9 metric tons, and an annual waste total of 8,425,840,000 metric tonnes.

Indeed the issue of garbage overflow can be a very real problem - especially when you accidentally miss your garbage pick-up week! Potentially, a garbage compactor would solve the issue of having garbage overflow and also reduce the amount of waste in our homes. So why doesn’t anyone seem to own one anymore?

It is true that kitchen trash compactor sales have declined over the years, and apparently with good reason. Trash compactor sales plummeted from 243,000 units in 1988 to 126,000 in 1992. Ownership dropped to under 3.5% across the nation by 2009. Despite almost every appliance manufacturer offering one for sale to this day, the trash compactor has failed to live up to its potential in modern kitchens.

While still used commercially today, the home kitchen trash compactor has decreased in use for various reasons, including the following:

Whether you have a large family or live in a small space, your trash cans also have a tendency to overflow. How can you keep a lid on your household's garbage and maintain good sanitation throughout your home? One solution is to invest in a trash compactor. 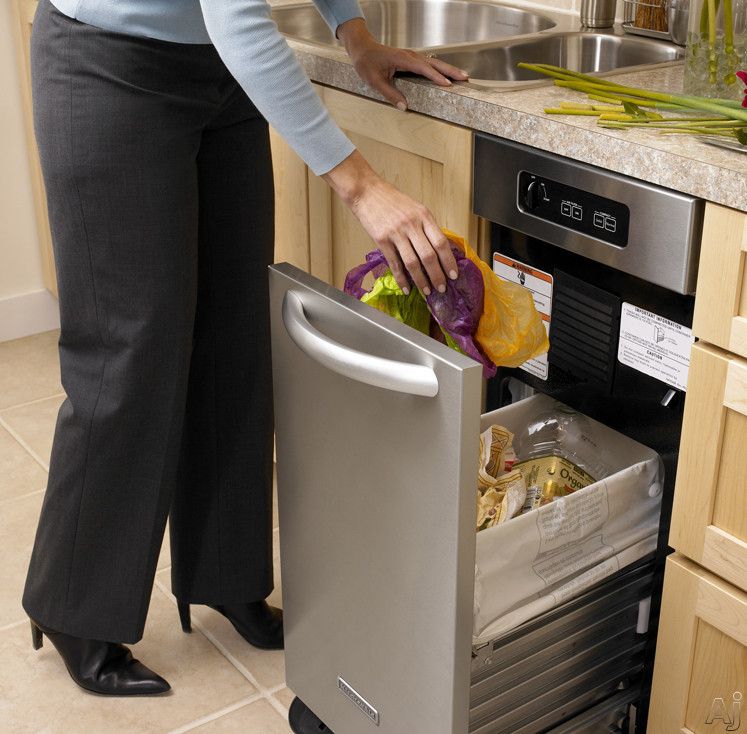 A trash compactor does what its name says - it squashes the garbage (compacts it) when the garbage bin gets full, so that it doesn’t overflow and allows more room for you to store more. Traditionally installed in your kitchen, a trash compactor is a trash can, but with a difference. This garbage receptacle is equipped with a hydraulic-powered metal ram that crushes refuge into a small, dense package. This package can then be bagged and easily disposed of in your outdoor garbage can or at any local waste removal facility.

M.S. Wells patented the first commercial trash compactor in 1941 as a means for crushing oil cans. By the 1970s, John A. Boyd filed a patent for compacting household trash using hydraulic pressure from a direct water connection. This allowed the garbage to be crushed and turned into one bundle for easy disposal. In 1991, John Bauer improved on this design, creating two compartments for the recyclable trash and the non recyclable trash.

Today, trash compactors use even better technology that allows them to handle dry and wet waste, control odors and store more. They have certainly come a long way from when they began when they had limited effectiveness. New technology and sleeker designs mean higher levels of compression force resulting in more efficient appliances. Many are also programmable as are other kitchen appliances and they come in neutral colors which work with any modern kitchen décor and even small spaces.

Trash compactors vary in size and by type. They are typically between 12 and 15 inches wide, 34 to 35 inches tall and approximately 24 inches deep. The three main models of trash compactor are: freestanding, under-the-counter and convertible.

But the trash compactor does have its benefits. By reducing the volume of household waste by up to 75 percent, trash compactors can certainly help you cut back on the frequency with which you have to empty your garbage, but they provide additional benefits as well.

There is also the fact that they are an environmentally responsible option since they have been proven to play a role in reducing landfill:

Today’s modern trash compactors are an excellent means of efficiently storing and processing kitchen waste freeing up time for the homeowner as a result because it means fewer trips to take out the trash and less bags as a result using them is beneficial not just to the homeowner but to the environment - especially since they also play a role in reducing landfill. What’s not to like about that?