While leaking gas, worn out power cords, and garbage disposal errors continue to plague appliance users today, did you know that certain appliances used to be a whole lot more dangerous? Let's take a look at some of the most notorious ones in history.

The gas piped into your house these days is not your grandparent's gas. Modern gas companies deliver "natural gas," a naturally occurring fossil fuel that is a benign mixture of methane and ethane. Despite smelling terribly egg-like, it was considered to be safe. Currently, however, there are studies focussing on fossil fuel use in household appliances and how this can adversely impact indoor air quality and public health (especially during these times of the COVID-19 Pandemic).

Historically, natural gas replaced "coal gas" or "illuminating gas" - which was another type of gas entirely, and certainly not the healthiest or safest. It was manufactured locally at "gasworks" from coal heated in airtight chambers. The gas produced, a mixture of methane, hydrogen and carbon monoxide, not only burned beautifully, but was unfortunately the ideal gas for suicides. The active ingredient was, of course, carbon monoxide. With blood having more than 200 times the affinity for carbon monoxide than oxygen, it doesn't take much to saturate the blood and starve your brain and nervous system of oxygen. A few breaths of 1% carbon monoxide is enough to knock you out; a few minutes breathing it will kill you. With coal gas running 10% carbon monoxide, it's not hard to see why one psychologist called old fashioned coal gas ovens "the execution chamber in everyone's kitchen." Like all good technologies, it was fast, convenient, and effective (but for the wrong reasons). 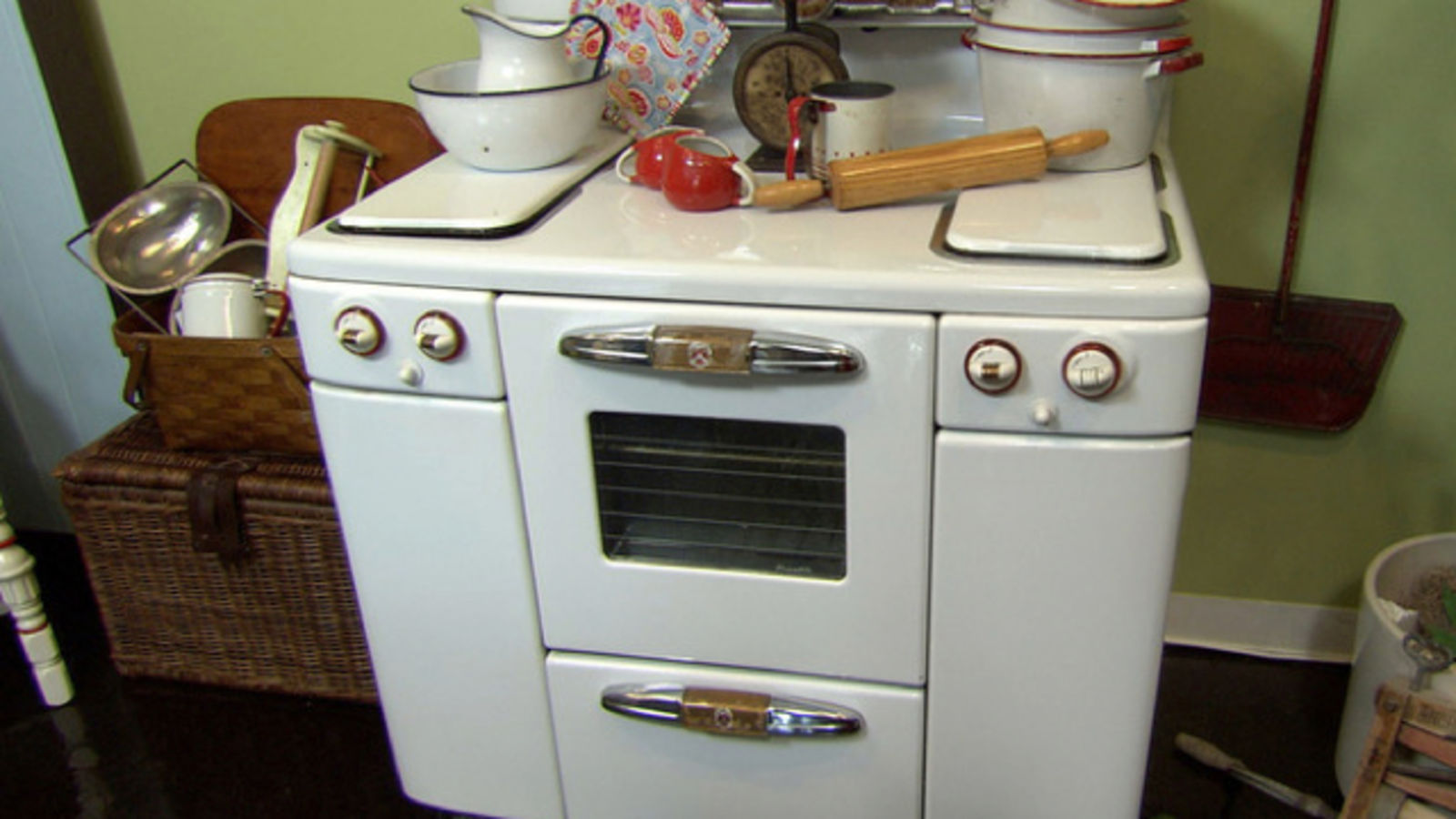 Advances in metallurgy and welding technology in the 1930s and 1940s brought the coal gas industry to an end. Natural gas, formerly a nuisance byproduct of oil drilling that was frequently simply burnt at the wellhead, could now be transported long distances cheaply and easily. After World War II, American cities and towns rapidly switched over to the new 'safer' natural gas. The local gas plant joined horse trams and coal furnaces on the dust heap of discarded technology. The transition in the U.K. was a little slower, with a few gasworks remaining in the 1970s. The only remaining legacy of this formerly thriving industry are the numerous abandoned brownfield sites contaminated by the process's coal-tar and ash byproducts.

The switch from coal gas to natural gas also had one unexpected effect. During the 1950s and 1960s, about half of the suicides in the U.K. were by coal gas. By the 1970s, when the transition to natural gas was complete, the number of gas suicides had dropped to zero and the overall suicide rate was down a third.

The Wringer Washer (a.k.a. "The Mangler")

Laundry appliances did not start out with perfect reputations. Prior to the advent of the spin cycle, clothes washers squeezed out excess wash water using a wringer, a giant set of rolling pins exerting 800 pounds of pressure that swallowed fabric - and anything else that happened to get in the way. Anyone trapped often had to try and pull the power cord out of the socket, as on/off switches weren't yet commonplace. Fingers were lost to exposed gears; in one incident, a young girl's braid became trapped, scalping her. Interestingly, when Stephen King was a boy, his mother operated a speed-ironer that her co-workers had dubbed "the mangler," a menacing piece of equipment that would later go on to inspire his short story of the same name. 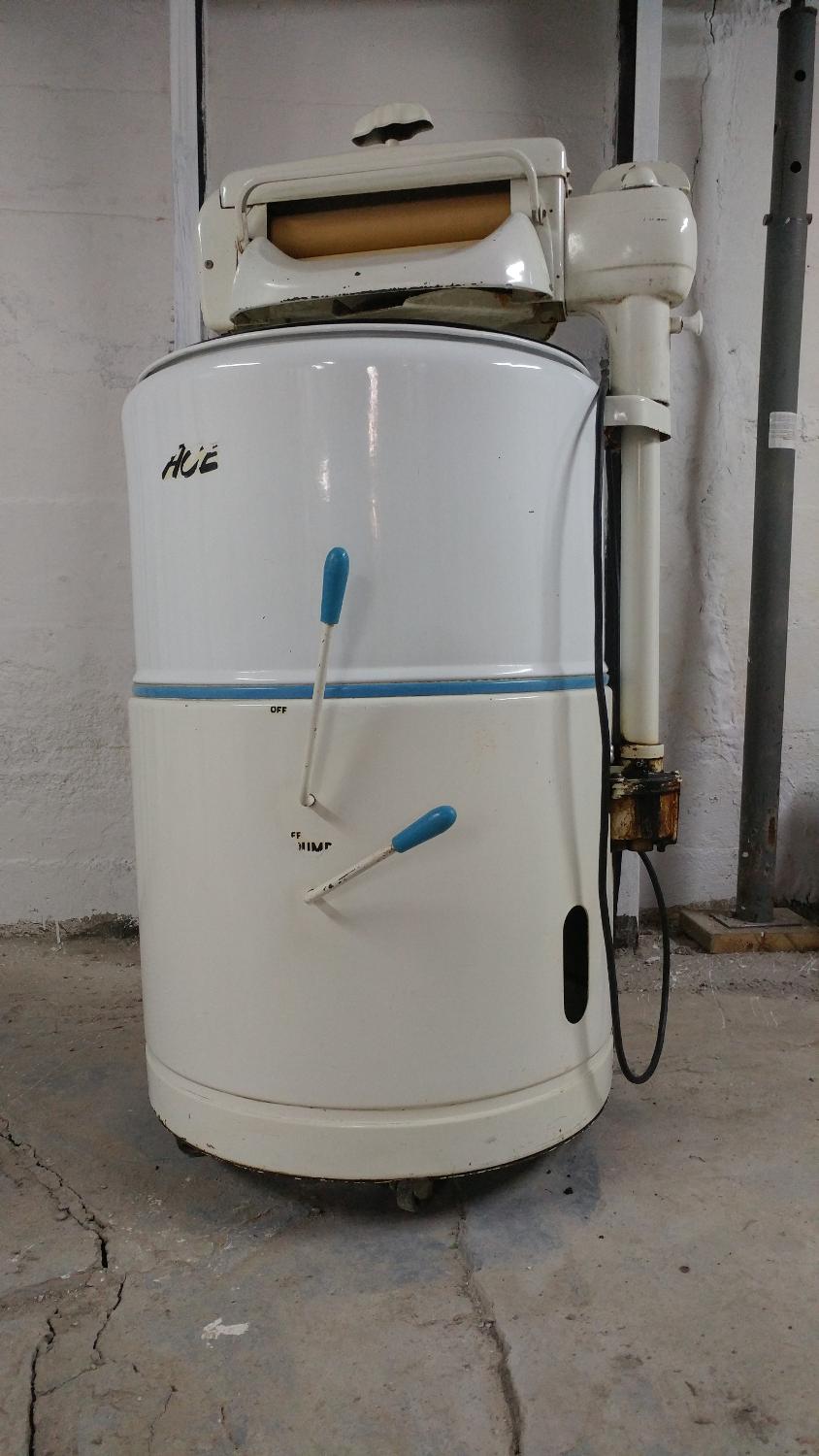 Despite the safety issues, wringer washers remained popular for years, surviving the introduction of automated machines. A 1964 report in the American Journal of Public Health estimated over 17 million households owned one and expressed concern over repeated "crushing injuries" One fatality was mentioned. Still in existence in the appliance world today, antique and newly-manufactured wringers are often used by those looking to conserve water.

Toasters actually pre-date sliced bread by upwards of 30 years, but early models look very little like the toasters of today: The bread wasn't lowered in via a little mini-elevator, and users would have to manually turn the bread to toast the other side. In 1893, the first electric toaster, the Eclipse, was invented by Alan MacMasters in Scotland. In addition to having to watch the toast carefully, the "coils" conducting heat were actually iron wires that melted easily, meaning that they were quite the fire hazard

The dangers of asbestos are well-documented: the tiny particles hang in the air, small enough to be inhaled but "prickly" enough for the lungs to have trouble expelling them, which can lead to a form of cancer, called mesothelioma, to develop. There is thought to be no safe level of exposure to the minerals, and use of new materials containing asbestos (insulation, kitchen tile, home siding) was outlawed in 1989 (but a lot of those laws were overturned by the Fifth Circuit Court of Appeals in 1991).

Prior to that, one unusual source of contamination that deserves a mention was the hair dryer. Manufacturers - including Conair and General Electric - produced models that would literally blow the substance directly into the face of the user. A recall was initiated in 1979, though it was largely unsuccessful: Only an estimated three million of 18 million dryers were recovered.

Little has been written about this unfortunate offering from Sears, which promised homeowners circa 1952 that they'd be spared the effort of burning their trash outdoors. With the smoke exhausting outside, garbage could be eliminated anywhere in the home. "Right in the kitchen," the ad copy promised. "You save steps by on-the-spot disposal." The price for residential incineration and the increased probability of burning your house down: $39.88.

It was not until 1914 that the first electric refrigerator for domestic use was designed by Nathaniel B. Wales. This design would become the basis for "the Kelvinator" refrigerator. Many other manufacturers followed suit, designing and building refrigerators. These early machines required motors and compressors to be installed within the home in order to operate.

However, due to their use of ammonia, sulfur dioxide, and methyl chloride in the cooling process, these refrigerators had the potential to be very dangerous. When the fridges leaked, the released chemicals could prove fatal. So, in the 1920s leading manufacturers of refrigerators Frigidaire, General Motors, and DuPont joined together to create Freon - a safer refrigerant which is non-toxic. 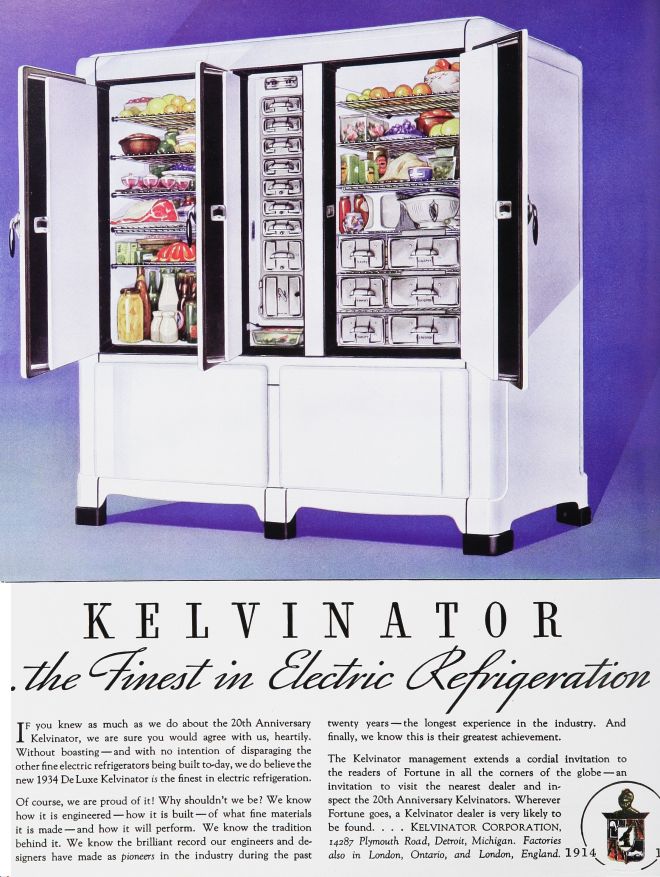 As you can see our appliances have come a long way from what they used to be. Indeed, appliances definitely aren't made the way they used to be, (as our grandparents always said) - and this isn't always such a bad thing!

With regards to operating any sort of vintage appliance keep in mind that the safety features on new appliances will not likely apply to vintage ones. Be safety-focussed, do your research and consult the experts and resources out there.