With the fall season here and Winter just around the corner, it is even more important that your dryer remains lint-free. Why? Because this is also the season when we tend to use heavy clothing and bedding to keep the cold away. As a result your dryer will likely be working overtime and its health and efficiency is imperative to getting the job done properly and safely.

In order to maintain your dryer's health and efficiency the dryer vent will need cleaning on a yearly basis (some recommend three times a year if you use your dryer more than often). If your dryer vent hasn't been cleaned in a few years, it probably needs a good going over. So what better time than now to get it done. It won't clean itself! That would be a great invention though.

What is a Dryer Vent?

For those of you who don't already know, the dryer vent is hooked to the vent hood located at the back of your dryer. It can get clogged with lint build-up from your dryer, which can affect your dryer's health. Dryer vents are not to be confused with lint traps. The lint trap is the accessible tray that you clean out after every load of laundry - that thing your parents always bugged you about cleaning out. Cleaning the lint off this does not clean your dryer vent but is essential to your dryers health. 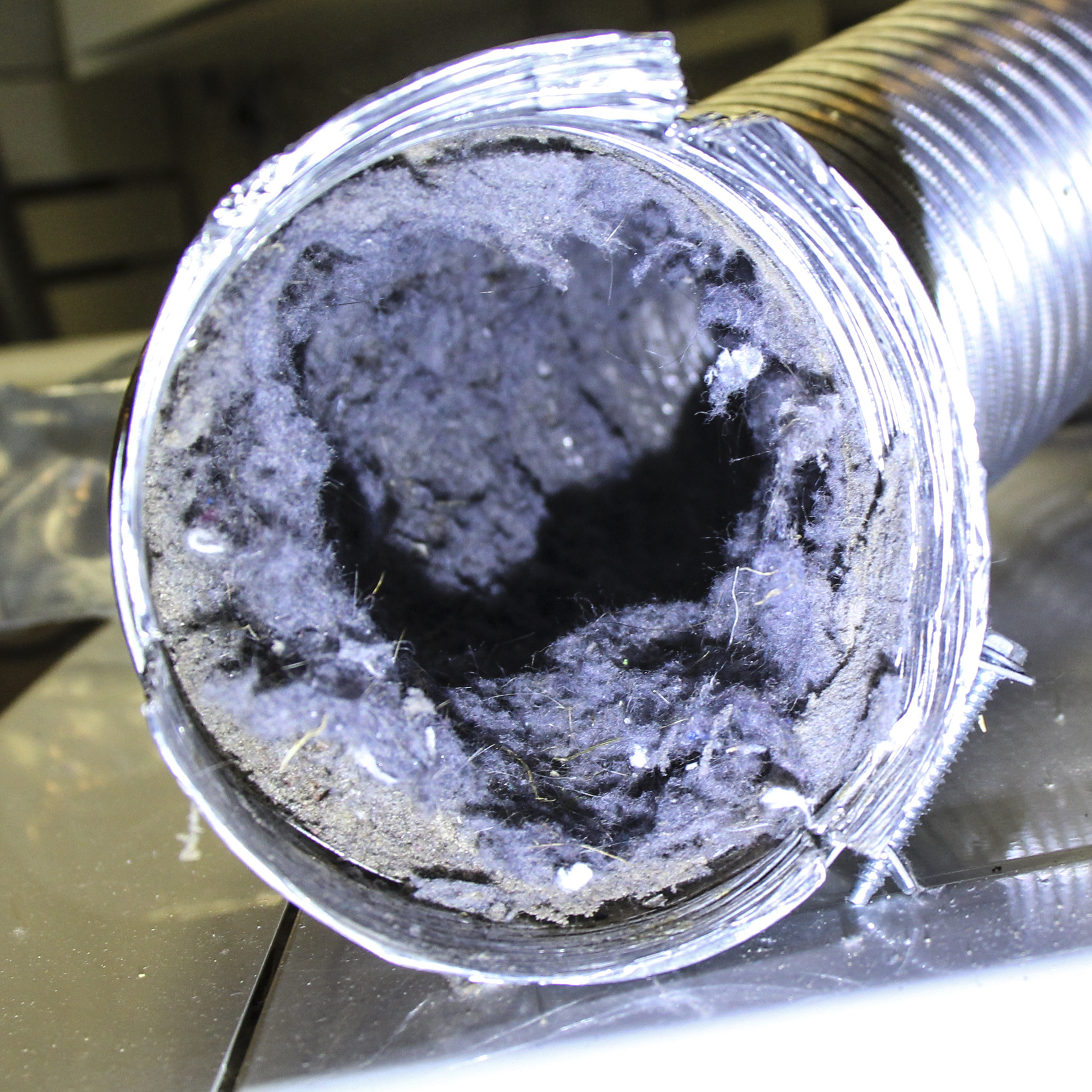 Why Clean the Lint Trap?

Cleaning lint traps after each dryer load keeps the lint from building up. The lint screen catches many of these fibers to prevent obstructing the dryer vent hose. And since lint is flammable and dryers are high temperature machines, this reduces the risk of fires.

Why is Dryer Vent Cleaning Important?

Without regular cleaning, dryer vents get clogged with lint from your dryer and other debris collects in the vent duct and hose - restricting airflow and causing exhaust and gasses to build up. This can affect how your dryer functions, particularly its ability to exhaust the heat and moisture while it's drying, and thus increasing the risk of a fire. Check out our dryer info page for other symptoms.

What are the Signs of a Clogged Dryer Vent? 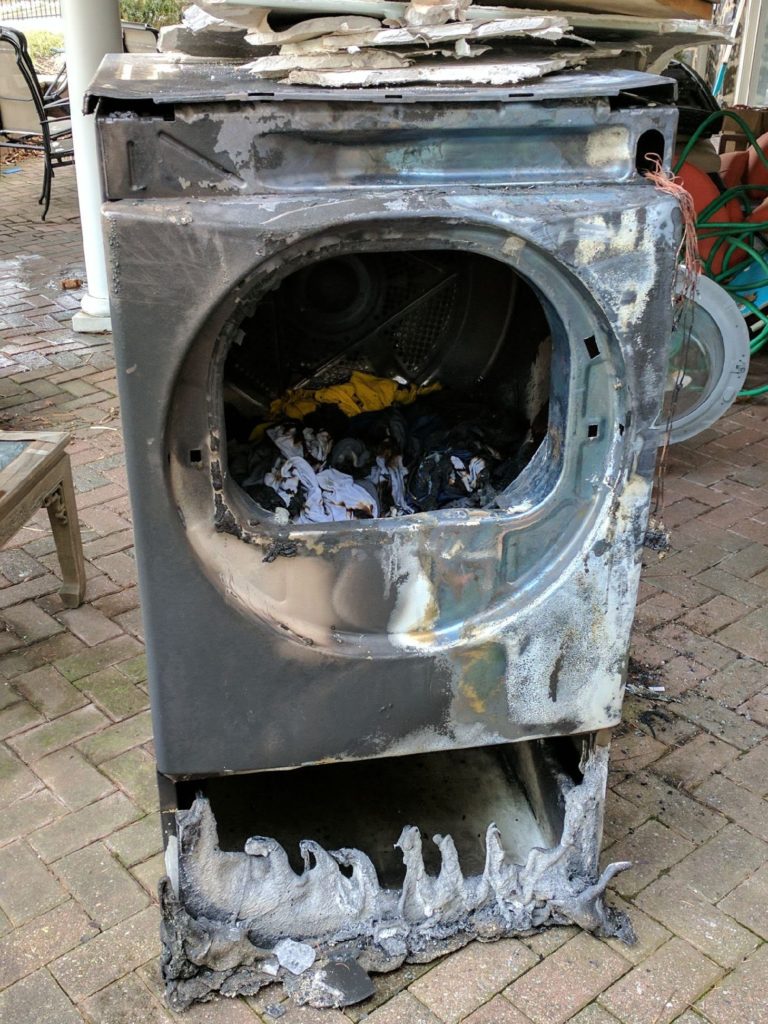 When was the last time you checked your dryer vent and ensured it was not prone to a fire starting due to excessive lint? Many of us don't realize the importance of cleaning vents and lint traps regularly. We take it for granted that it will clean itself or just don't think about it at all.

According to the National Fire Protection Agency, between 2010-2014, U.S. fire departments responded to an estimated 15,970 home fires involving clothes dryers or washing machines each year. There have been 700 such incidents in B.C. alone in the last 10 years. The NFPA also states:

The leading factor contributing to the ignition of home fires involving clothes dryers was failure to clean, accounting for one-third (33 per cent) of dryer fires. According to the fire code in B.C. you should be cleaning out your lint trap after every use. In fact, check the lint trap before you throw a load of laundry in the machine.

Homeowners are also encouraged to turn dryers off before leaving the house or going to bed. Dryers should never be used without a lint filter and you should avoid overloading them.

Some things just aren't meant to be a DIY project - forget that dryer vent cleaning kit, put your feet up and let the professional do the job properly.

Those who use dryer vent cleaning attachments or kits are often left with a false sense of security that their good work has eliminated the fire risk. Unfortunately, this may not be the case. Many experts warn that most of these devices fail to remove all of the lint in the vent. Plus they are not all the same length or as accessible. Some homes have very short dryer vents - as short as five feet. Some homes have very long ones that can reach up to 40 feet in length. Imagine dealing with that! 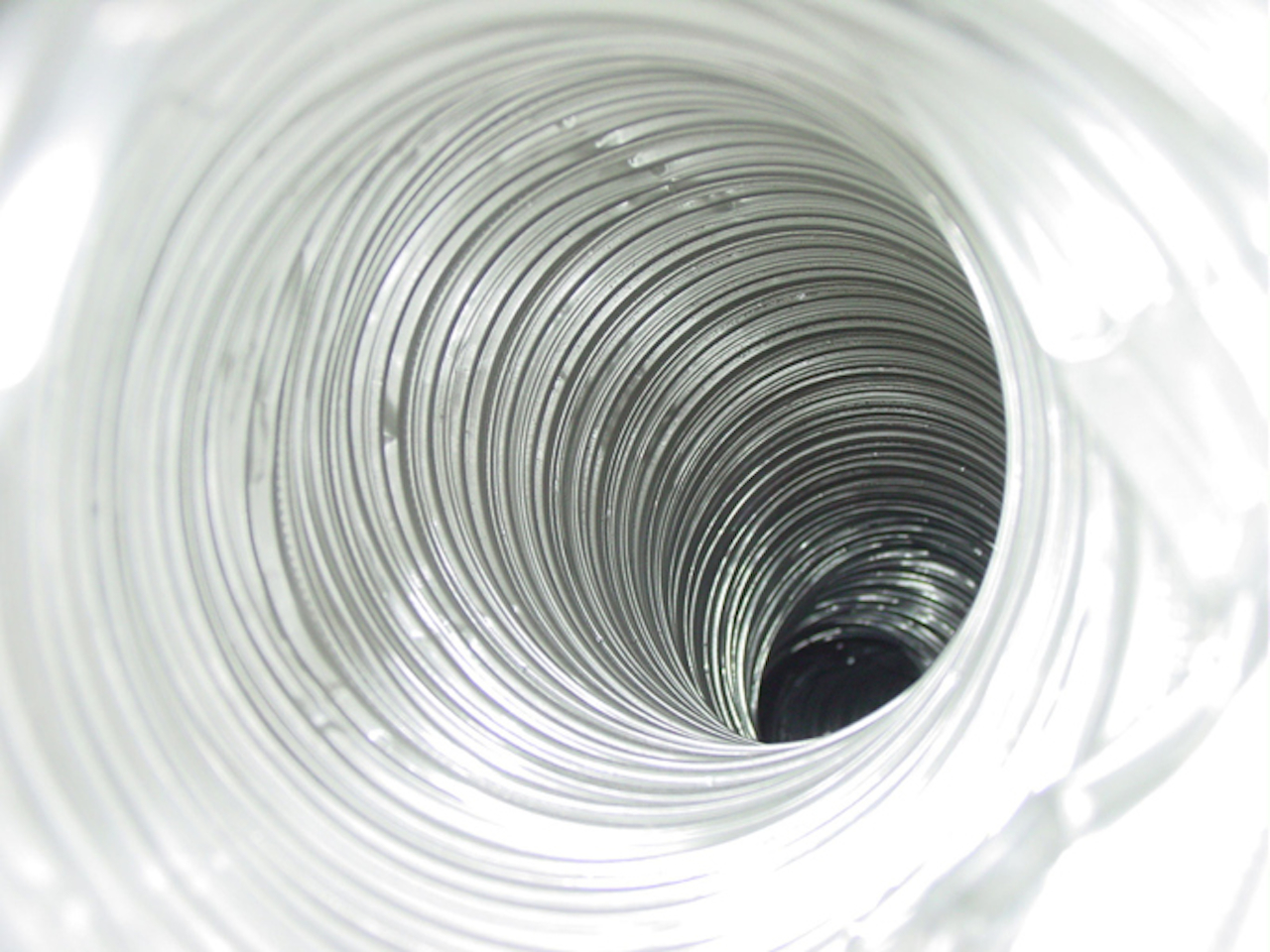 While cleaning a short dryer vent may seem like an easy task for most of us, it is extremely difficult to clean a longer dryer vent on your own. You simply cannot reach that far into the vent without the proper tools (and flexibility). And often, most homeowners don't truly know the length of their dryer vents until they're already mid-clean. All this and not to mention how boring this all sounds. Wouldn't you rather spend your time off work relaxing and taking a well-earned break?

If that doesn't convince you, another advantage to having an experienced, qualified and reliable professional clean your system is that he or she has likely seen just about every make and model and will likely be able to clean the interior components more efficiently than you will. Plus, you'll have the assurance that the job was done correctly and safely. Save Time, Money and Energy

In a nutshell, while it may cost money to hire a professional to clean these elements for you, in the long run, it helps to extend the life of your dryer and vent, which can help you to save money with future replacements, as well as lower energy bills with less time spent drying. It will also save you time by not having to wait ages for all your clothes to dry. Plus you will have peace of mind knowing that a potential fire hazard has been taken care of properly.