Would you Cook Lasagne in the Dishwasher?

Dishwashers are for washing dishes, right? It's all in the name. "Dish-washer."

Have you ever used your dishwasher for something other than getting the dirty dishes clean? 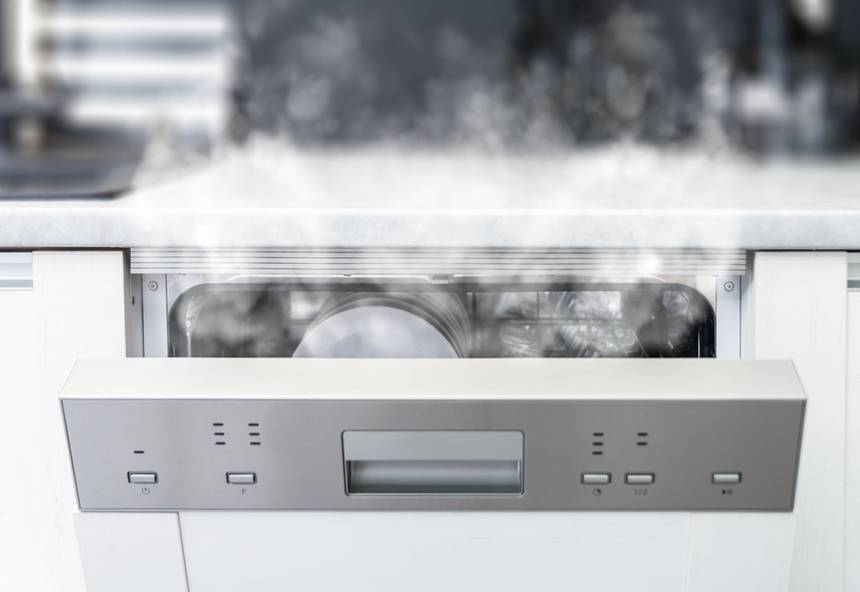 The dishwasher has many uses - ranging from cleaning toys to metal fixtures and sponges, as well as oven racks and dish brushes, to name but a few. And as most of us would agree, the dishwasher is probably the most effective multi-tasking cleaning tool we have in our homes. When your dishwasher needs repairing, it's like losing an arm.

But can it also serve another purpose? Is it possible to cook food in the dishwasher?

Surprisingly enough, people have been poaching salmon in their dishwashers for decades. The idea of dishwasher cooking has been around for years - at least since the 1970s, when the LA Times printed this recipe for poached dishwasher salmon.

The theory is that dishwashers run consistently at a lower temperature than most home cooks can manage, poaching the food gently and thoroughly.

Los Angeles in the 1960's was a groovy, dynamic adventure, and the 1970's took it to a whole new level. Many counter-cultures formed and this infiltrated the world of food.

It was the time to be different and thinking against the norm, and the dishwasher recipe, was likely used for this purpose. This didn't really take off though, at least not until a 2012 book of dishwasher recipes (will touch on this later), plus the internet's capacity to promote weird niche interests, led to a bit of a revival.

Indeed, here are just a few of the many dishwasher recipes that I found on the internet:

Salmon: Wrap the salmon tightly in aluminum foil or a cooking bag. Add a lemon wedge, oil and some spices - cilantro, ginger or really, anything that you want. Put the foil package on the top rack and start a normal washing cycle, without adding soap. 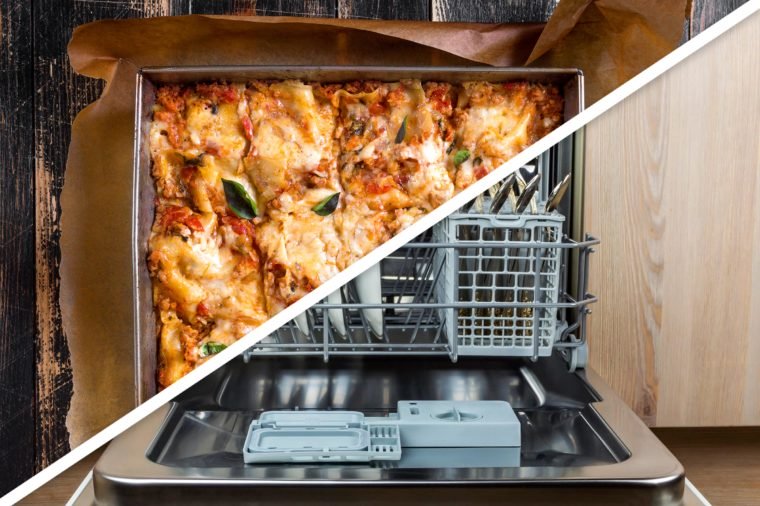 Tasty lasagne: Assemble your stacks of pasta (preferably oven-ready lasagna noodles), ricotta cheese, mushrooms, and pre-sauteed meats into an aluminum pouch ready for a spin in your dishwasher. Set your machine on a two hour normal cycle and heated dry cycle for a deliciously fully cooked, albeit non-browned, lasagne. 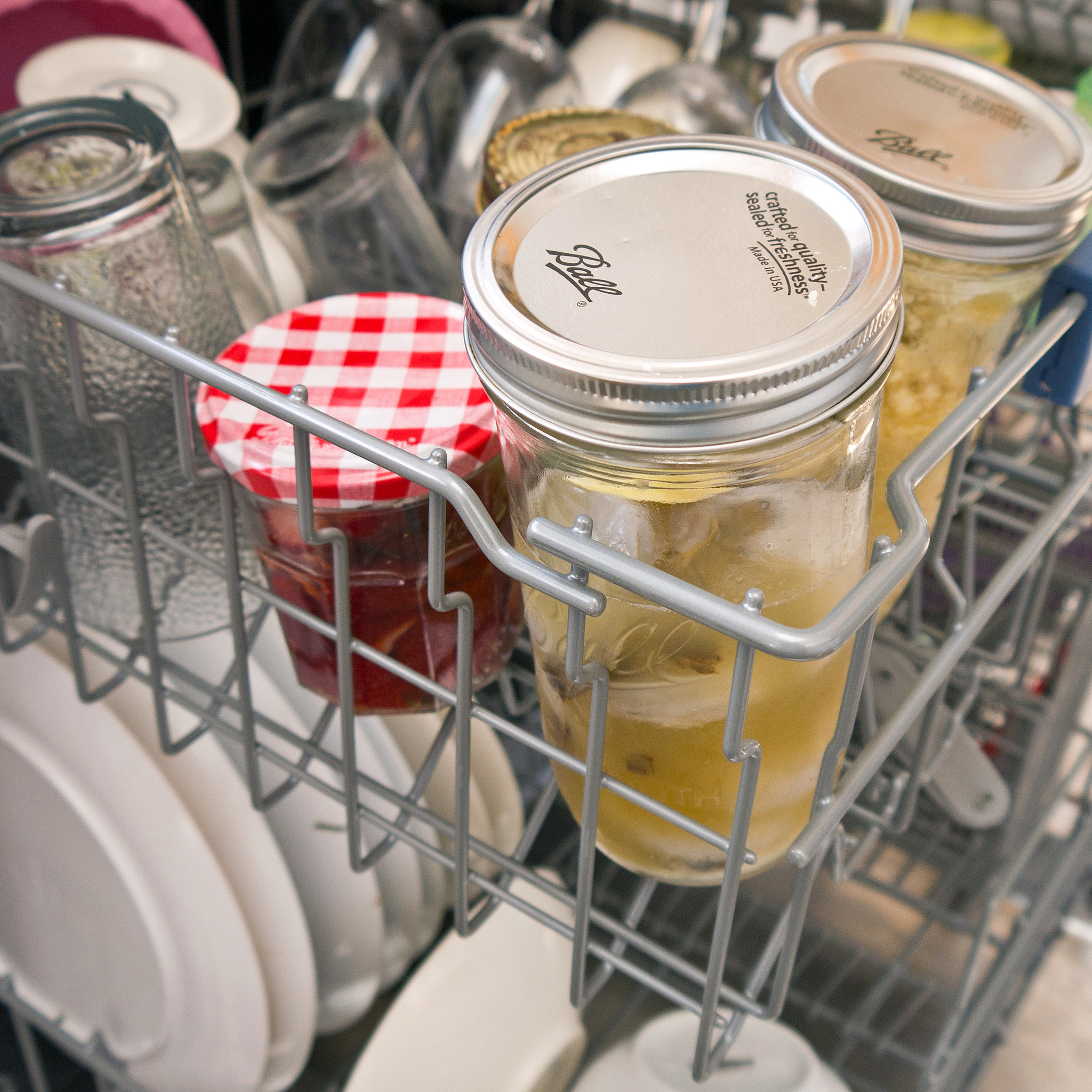 Shrimp: Just grab a half-quart mason jar and fill it with:

Seal the lid, run your load of dishes, and wait for the tastiness to commence.

For delicious, fluffy couscous: fill a half-quart mason jar with a cup of couscous, a tablespoon of lemon juice, and 1-3/4 cup vegetable or chicken stock, and make sure it's all evenly distributed by giving the jar a shake. Place the jar on the top rack, and run your dishwasher along with a load of dirty dishes.

This novel idea obviously works. But is this really worth the time and energy? Will running a dishwasher use a lot of electricity and water? And if you're not adding soap, then you still need to repeat the wash to clean greasy pots and pans. Seems like just a gimmick to impress dinner guests, right?

Not quite, says Italian food writer and foodie Lisa Casali, who created an entire cookbook about it in 2012 called Cucinare in Lavastoviglie ("Cooking in the Dishwasher"), which in turn reignited the trend for dishwasher cuisine. 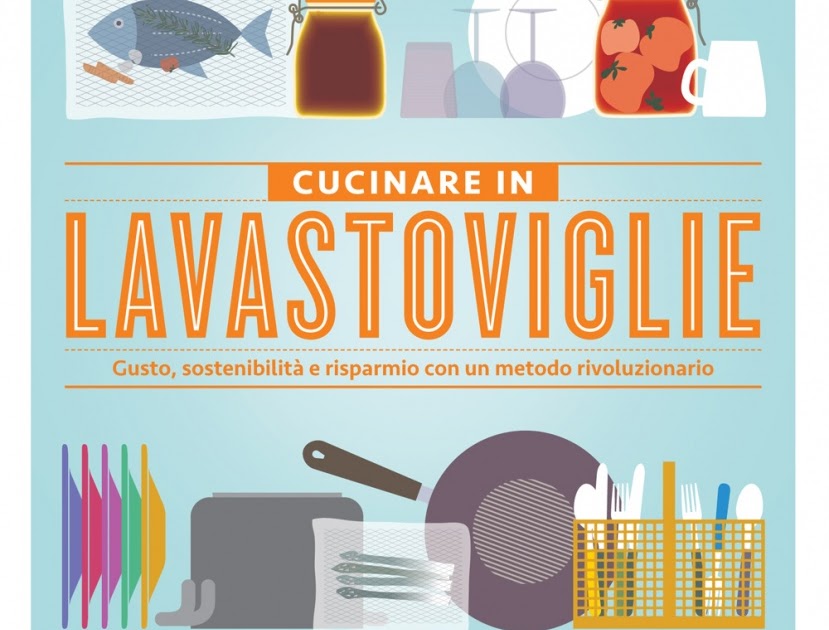 She has argued that the method can be relatively environmentally friendly. There's just one trick: Instead of using aluminum foil, as many websites recommend, you should put the food into airtight canning jars or food vacuum bags. Then the hot water doesn't touch the food. So you can add soap to the cycle and really clean your dishes while poaching dinner, doing two jobs in one which saves time and money (as well as energy as you are using one appliance).

Talk about multitasking... Suddenly cooking with your dishwasher doesn't sound so crazy. Instead, it's actually an economical, and not to mention, environmentally friendly way to cook. It will also keep your house cooler - especially in the Summer - (no running oven) and you won't have to watch over it or worry about burning your meal.

Also, keeping in mind that the dishwasher uses approx. 2 percent of your homes total annual energy (30 kWh/month) surely this doesn't sound so bad?

What about the Washing Machine?

Like the dishwasher, the washing machine has other functions that are primarily related to cleaning and sanitizing. You can clean most items in the washer - including shoes, Lego, yoga mats, hats, etc. But is the washer a legitimate place to cook food? It is certainly not as popular to cook food in the washer compared to the dishwasher. Just a google search for washer food recipes will show you this. Plus there's something about mixing clothing with food that seems a little distasteful perhaps?

Despite this, there has been an interest in washer cuisine. Most notably, Iftach Gazit, a Tel Aviv student, who designed food bags for a project in 2017 that could be added to the laundry cycle to cook dinner at the same time. The Sous La Vie bags, which were designed as part of Gazit's Industrial Design course at Bezalel Academy of Arts and Design, cook foods like fish, steak, and vegetables in the washing machine without soap or dirty water getting into the food. While this may sound too gross to be true, the concept is actually pretty simple. 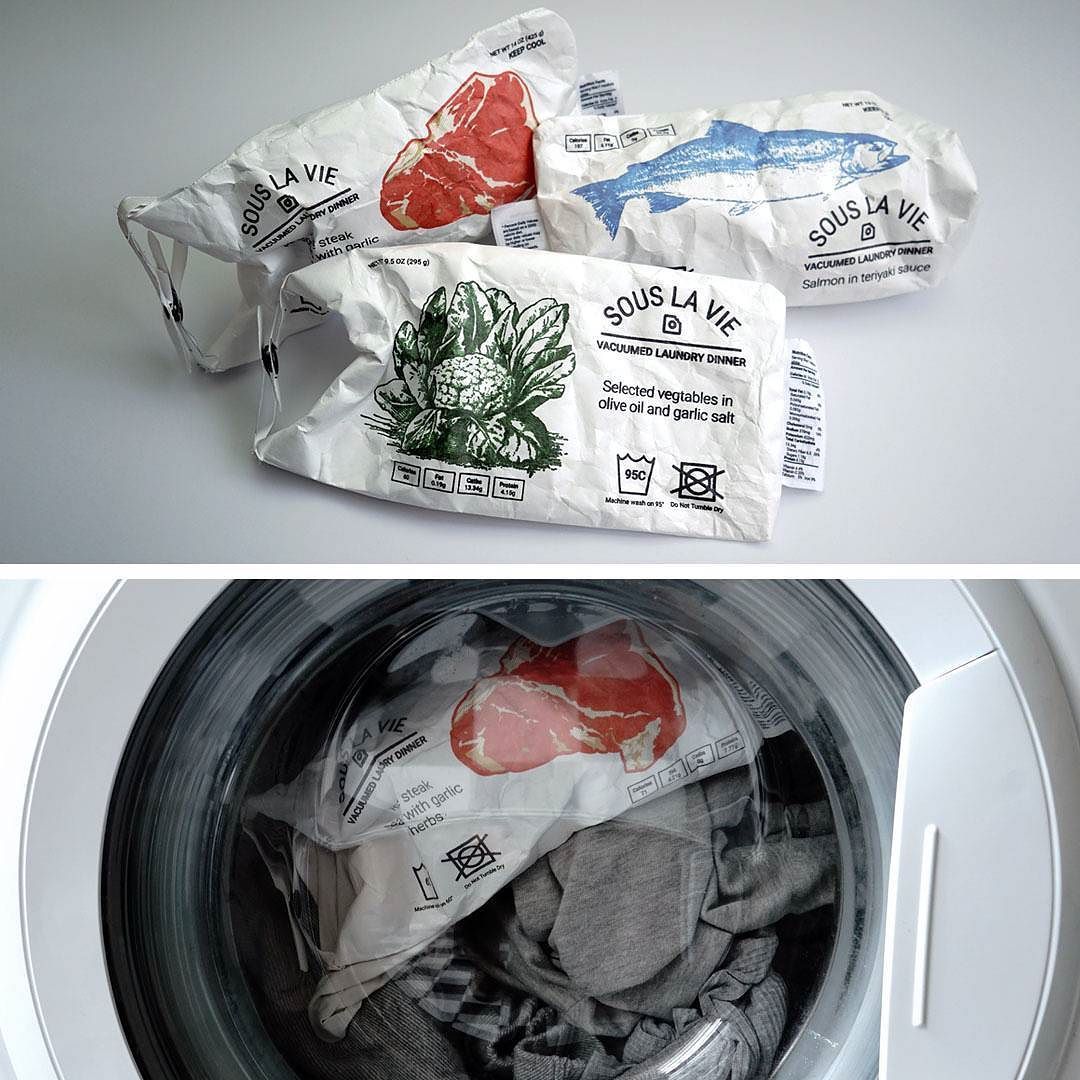 Sous La Vide bags use the sous vide cooking process, which involves placing food in a vacuum-sealed bag, and cooking the food in a temperature-controlled water bath. Because Gazit's bags are made from waterproof materials (tyvek paper and another plastic bag layer inside), all of the dirt and grime from your clothes stays out of the bags, and the laundry soap stays out of the Sous La Vide bags as well.

Gazit's Sous La Vide bags allow you to also cook a meal and a side dish at the laundromat while you do a load of laundry. "The laundry dinner is not intended solely for the homeless, but much rather for us all: a product that reflects on our taste, our economic ability, and our culture," he adds.

Now the question is: Which cycle? Synthetics for meat? Cotton for veg? Gazit created steam-bag meals you simply toss in with your laundry. The dinners range from prepackaged foods like steak and herbs to fresh salmon. The waterproof tyvek bags even come with clothing labels.

Dishwasher dinners could prove nothing more than an exercise in "well, this is possible." Whether it tastes better is another debate. However for an appliance (the dishwasher in particular) to be this diverse in its uses poses the question for future technology: Can experts perfect an ultimate single appliance; one that serves several purposes at once? Would this not save time, money and be better for the environment? 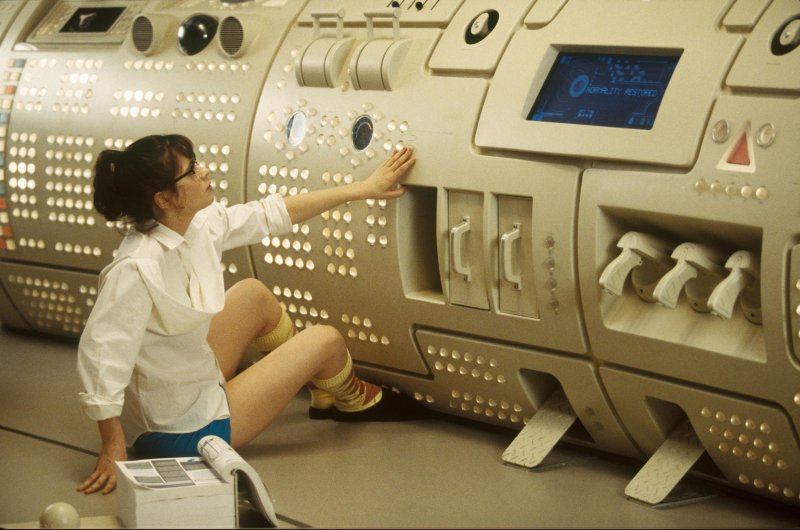